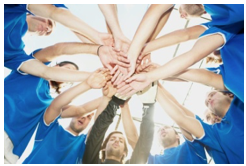 In light of the popularity of the new movie released recently, we thought we’d share this blog from our archives that we shared in April of 2011…….

The phrase “Dunkirk Spirit” has a meaning to almost every British citizen.  It stands for people pulling together to get through a very difficult time and represents solidarity of the British people in adversity. Facing the challenges that the economy has presented, your people may be demonstrating a little Dunkirk Spirit of their own, pulling together and firming up their resolve.  This extra motivation may seem positive but as leaders, you must be cautious about taking it for granted. >

Although positive in legend, the evolution of the idea of Dunkirk Spirit is based on a negative outcome. The German invasion of France in the summer of 1940 caught the British Expeditionary Force by surprise. Their defenses were soon overrun as the Nazi’s raced towards the coast.  With their backs to the sea, 400,000 Allied troops were trapped.   Their only escape was via the French port of Dunkirk. Many troops were evacuated by British warships, but unable to fit everyone they were forced to leave a great number behind.  Their rescue is at the heart of what is now known as the Dunkirk Spirit.   Against all odds, the locals rallied to evacuate the troops, using about 700 merchant marine boats, fishing boats, pleasure craft, and lifeboats.  The “miracle of the little ships” remains a prominent folk memory in Britain.  Although lives were saved it was all based on a losing battle.  Even Churchill said at the time, “We must be very careful not to assign to this deliverance the attributes of victory.  Wars are not won by evacuations.”

While the outward appearance of Dunkirk Spirit may exist in your organization, you must work as leaders to make sure it’s not an attribute of a losing battle.  When things get better, will employees still show the commitment, teamwork, and determination that were displayed during the adversity?  You can ensure this level of engagement and commitment is sustained by providing continuous training, development, and support.  By consistently communicating the truth about how the organization is doing and where the organization is heading, it will remain in your employees’ minds well after the adversity is over. By applying these leadership principles, the true meaning of Dunkirk Spirit can remain as a long-lasting level of motivation that has a continuous, positive impact on your organization.