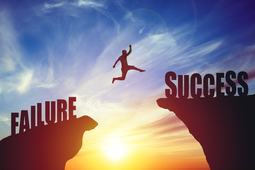 High performing employees often share some common characteristics. They typically have a high need to serve, to help others, and get things done. They are responsive, they act when asked, and they are “go-to” people. For many high performers, this is part of their DNA: question asked, question answered. These same traits that help them produce the kind of results they do, and creates opportunities for recognition and promotion, can also be detrimental. Why?

Often these high achievers can’t turn off that instinct. As they accomplish more, they find more and more is put on their plate. They ARE the go-to people after all. They naturally try to operate in the same way, responding immediately, taking quick action, and making sure they fulfill all their commitments. For every one of these achievers, there is a point in performing their role when they hit the wall and become overwhelmed with all the things they’ve agreed to do. They will eventually reach this limit where they’ll sacrifice quality at work, or, and maybe worse, they’ll maintain the same work pace but negatively impact personal relationships at home.

It would be helpful for those people to learn the magic habit of saying “no”. High performers struggle with saying no because they think of it as a judgment of their capabilities. They fear losing out on other opportunities, or they fear not being wanted/needed. This fear is unrealistic, people will continue to go to them to get things done. High achievers need to see that always taking on more will eventually impact the quality of everything. Something has got to give. An affirmation that might help them internalize this habit so they can set appropriate boundaries is the phrase “Saying no, is simply saying YES to other commitments.”

I first heard this used in the context of fundraising through phone solicitation. When the caller asked, “Would you please give,” the response was, “I’m sorry but I’m fully committed to another charity.” The person soliciting has nothing more to say, and neither feels bad about the interaction. High performers need to do the same thing with their time and energy. Time is fixed, they’re not making any more of it. And the energy has its limitations, regardless of one’s endurance level. When requests are made, high performers can reply that they are already fully committed to other activities. The requestor doesn’t feel judged or rejected, because the achiever isn’t saying no to the request, they are just sharing their previous commitment in other areas. After all, If the requestor already had their full commitment to do something, they wouldn’t want another person pulling the achiever away for part of the time, would they?

The hard work isn’t saying no to the request and yes to other commitments. It is in taking the time to define what those commitments are and what those boundaries should be to accomplish them. Most people have an idea what their boundaries should be, they just don’t take the time to think about them, to clearly define what they are, and to stand firm in those commitments. Often, those commitments are energizing to the individual achiever, but don’t benefit others directly. High performers feel guilty about taking their time away from serving others, and often need a reminder from someone else to do so. That’s why the instructions on the plane to put the mask on yourself before helping others is repeated every time before a flight. It seems so counterintuitive.

Setting boundaries are critical to staying focused on what’s truly important. High performers need to give themselves permission to do those things that preserve their energy and limit those activities that deplete it. Saying no is just saying yes to those priority commitments. If you think about those commitments, define what they are, and stick to them, you will have more energy to continue to serve at your highest level.